When preparing the story of Irish folk culture from 1850 to 1950, which is presented in the National Museum of Ireland - Country Life, the question of the romanticising of the past as opposed to the reality was addressed. This led the Museum to look at enhanced images from the past. Since that time, the Museum has acquired a growing collection of travel and tourism posters and, in 2007, mounted the temporary exhibition Come Back to Erin: Irish Travel Posters of the 20th Century, which was curated by the late Dr Séamas Mac Philib at the NMI - Country Life, Turlough Park, Castlebar, Co. Mayo. 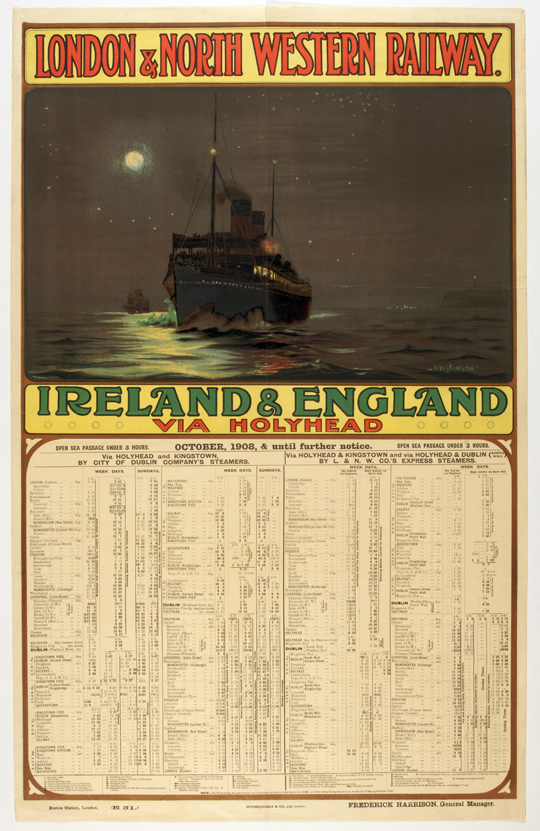 Ireland and England via Holyhead. London and North Western Railway 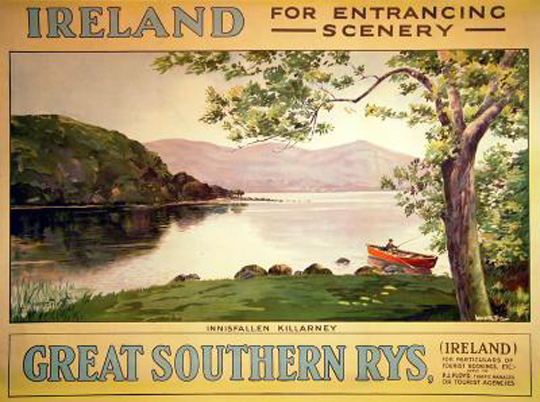 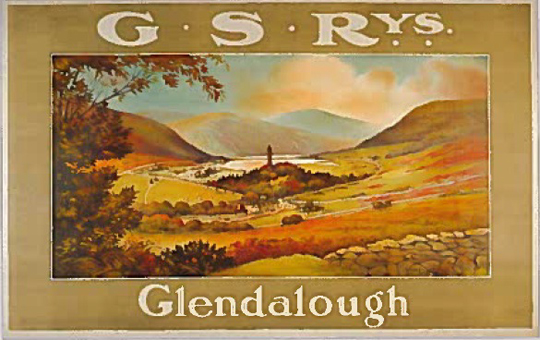 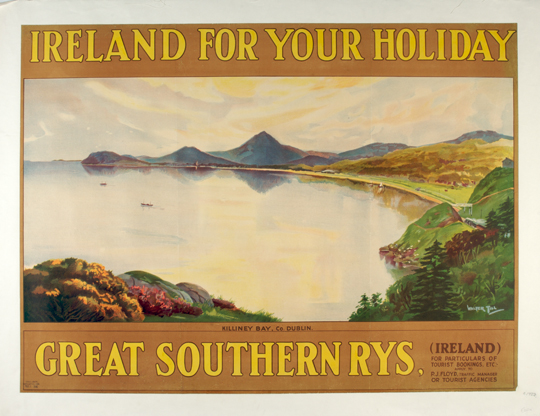 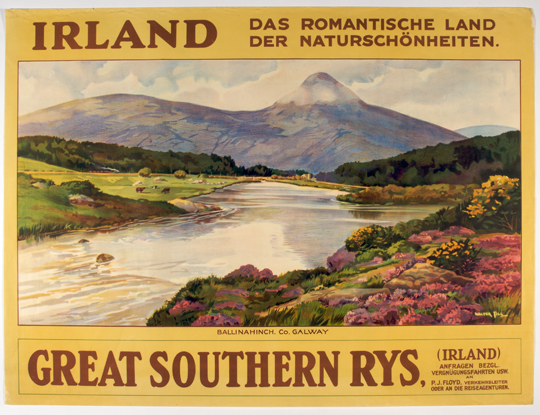 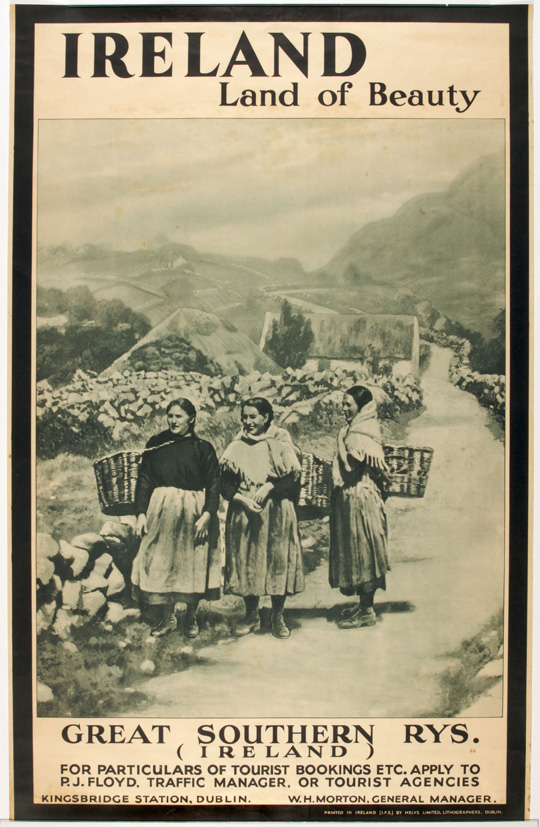 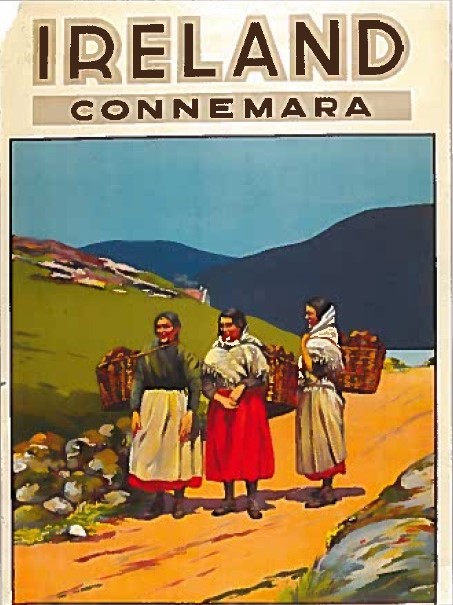 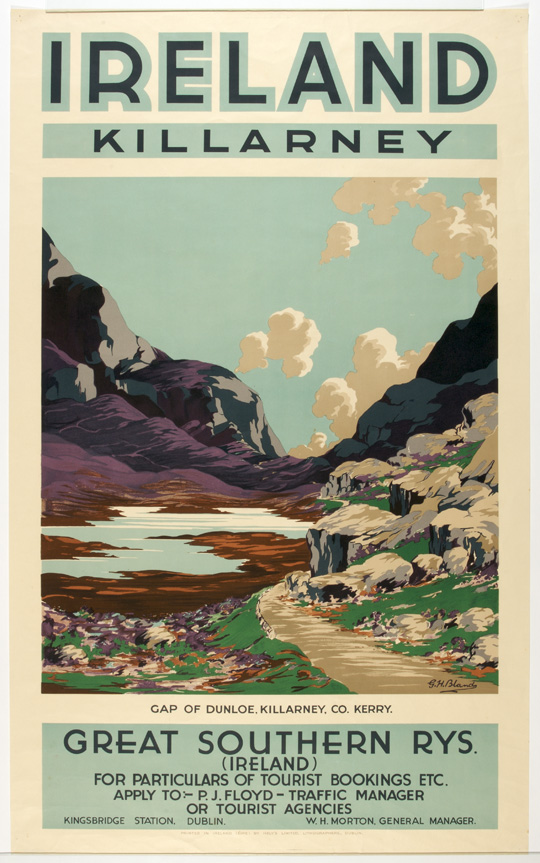 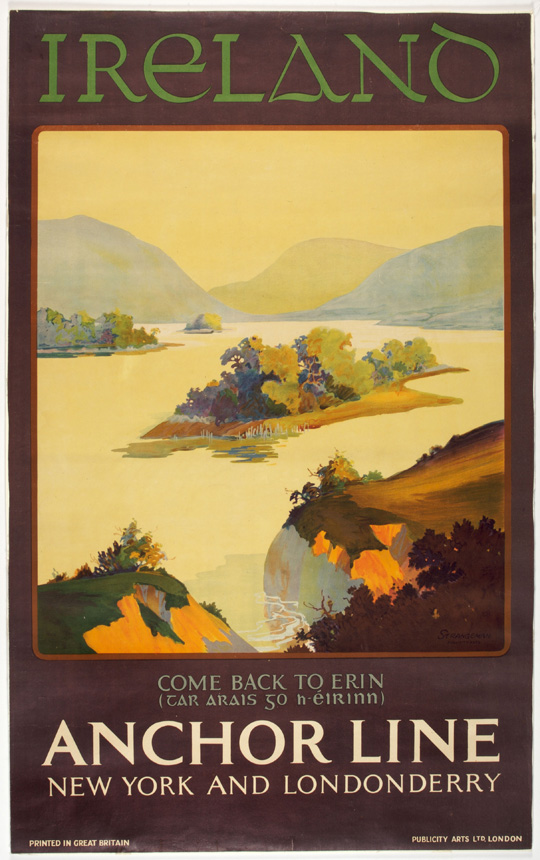