This photograph album tells the story of Dublin brothers Thomas, a professional soldier in the British Army, and Joseph McEnroe, a volunteer who enlisted in 1916. Their combined service covered the war years from 1914 to 1919.

The photograph album was compiled by the younger of the two brothers, Joseph McEnroe, and mainly details his two years as a prisoner of war at Gettorf, Germany, containing many postcard photographs he sent home to his wife Catherine. It also contains a postcard photograph sent to Thomas as he was recovering from an injury received at Ypres in 1915. 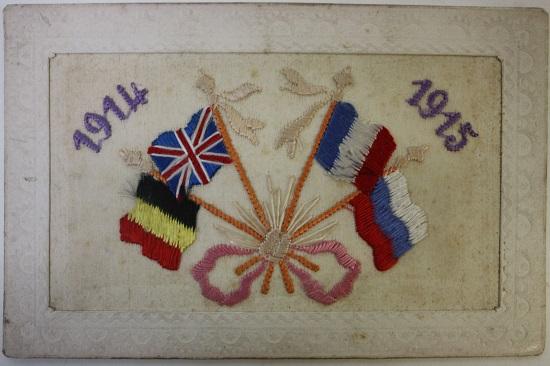 Thomas and Joseph McEnroe were the only children of the widowed Frances McEnroe of Waterford. In 1901 they were living in Wood Quay, Dublin, and both sons were working as wood sawyer assistants. On 22 April the next year 18 year old Thomas enlisted in the Royal Irish Fusiliers at Armagh, and started a military career. He was posted to India and served there until 1910, when he returned to Dublin and transferred to the Reserves. He took a job as a general labourer in a flourmill and settled down with his wife Susan. On 5 August 1914, the day after the UK declared war on Germany, he was re-engaged and became a Private in the 3rd Battalion, Royal Irish Fusiliers, and was mobilised to France on 12 September 1914. He was at the second Battle of Ypres in April 1915 - the Battle of St. Julien - and would have experienced the first German gas attack using a lethal chlorine gas. Thomas was shot on the 25th and was sent to Crumpsall Military Hospital in Manchester for his recovery, and eventually discharged on 29 June 1916, aged 32, as ‘being no longer physically fit for war service’.

One month later his 29 year old brother Joseph enlisted as a Private in the 1st Battalion of the Royal Irish Fusiliers. Little is known about Joseph’s service; it seems his records are among those lost during World War II. Only his medal card survives, but the photograph album tells us more. He enlisted on 31 July, shortly after the huge losses suffered by British forces at the Battle of the Somme. He was probably sent to France, and captured sometime in early 1917, as the album tells us he spent two years as a prisoner of war in Gettorf, near the Danish border. He returned home in December 1918 on the Norwegian liner the Frederik VIII which had been chartered by the British government to transport the men back from Germany. Prisoners of war suffered disease and starvation in the camps, and Joseph was no exception - he was discharged from service in September 1919, the cause listed as ‘sickness’. 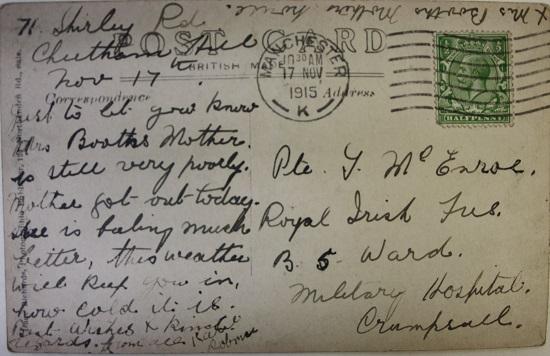 Thomas and Joseph’s story reflects the experience of many Irish families during the Great War. It is estimated that about 35,000 Irishmen died in these years, so the survival of both brothers, through serious injury and imprisonment, could be seen as unusual. 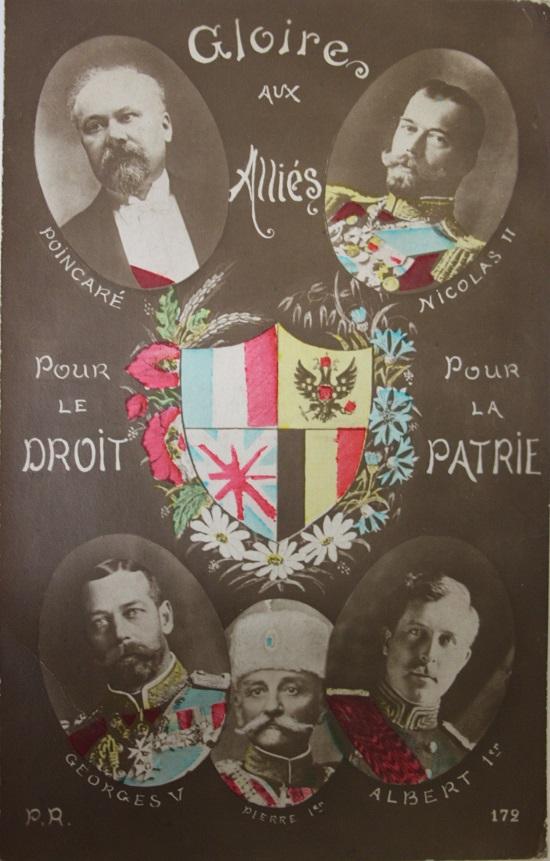 How did the National Museum of Ireland acquire the album?

The album was donated to the National Museum by Ms Elizabeth Higgins of Dublin in 1986.

You can learn more about the role of the Irish soldier in World War I in the Soldiers and Chiefs exhibition in Collins Barracks, which details the participation of about 130,000 Irishmen and women in the British Army and war service during the Great War.

The National Museum will open a new exhibition and hold a seminar day in late October to mark the centenary of World War I.

Orr, Philip. 1987. The Road to the Somme: Men of the Ulster Division Tell Their Story. Blackstaff Press.

Dungan, Myles. 1997. They Shall Grow Not Old. Irish Soldiers and the Great War. Gill and Macmillan.

There are also many books detailing the stories of the men of the counties of Ireland who fought in the war.

Thomas and Joseph McEnroe is located at:
In Storage